Bank of England to resist global tide of policy loosening 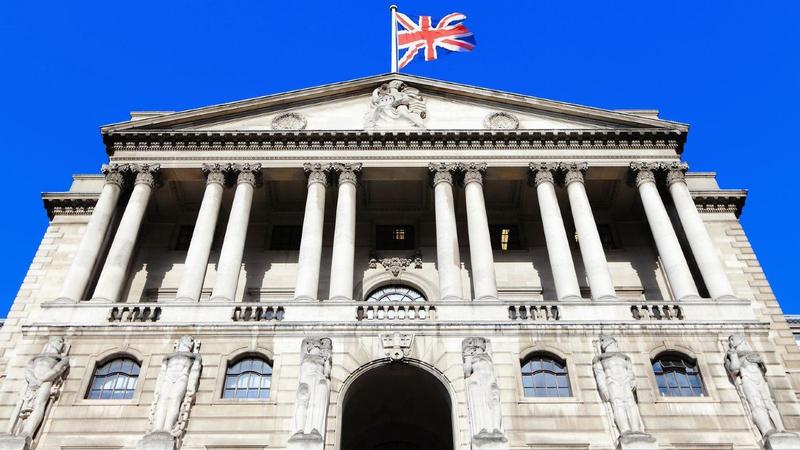 LONDON (Reuters) – The Bank of England will swim against the tide of looser policy sweeping other central banks next week, when it will try to keep alive the prospect of future rate rises, even as Prime Minister Boris Johnson raises the risk of a Brexit shock for the economy.

The BoE has long said its plan is to raise interest rates gradually, a message it has stuck to while worries about Britain’s exit from the European Union have mounted.

But economists still think the BoE will push back against the growing view among investors that it will have to cut rates, giving a distinctly different message on Aug. 1 to those from the U.S. Federal Reserve and the European Central Bank.

Financial futures markets – taken at face value – point to an 80% chance that the BoE will lower Bank Rate by a quarter point to 0.50% before Carney steps down at the end of January.

“Although there was a dovish shift … I don’t think they will want to endorse the easing that markets are pricing in,” Ross Walker, co-head of global economics at NatWest Markets, said.

This week the BoE’s chief economist, Andy Haldane, likened the BoE to a golfer who did not know which course he or she would be asked to play, given the uncertainties about Brexit.

Market bets on a rate cut reflect the risk of a disorderly no-deal Brexit on Oct. 31, when Johnson has promised to take Britain out of the EU “no ifs or buts” – even if Haldane and others have warned rate cuts are no certainty in this scenario.

Haldane said he would be “very cautious” about cutting rates, unless there was a severe downturn, because of the risk of fuelling inflation rather than growth.

Unlike in the euro zone, Britain’s economy is running close to capacity, and in contrast to the United States, the BoE’s monetary policy has not shifted much from its post-financial crisis settings.

“We look for the MPC to effectively communicate a neutral bias while it awaits more clarity,” JP Morgan economist Allan Monks said.

NatWest’s Walker predicts the BoE will ultimately end up having to cut rates twice next year but said Johnson’s campaign promises of tax cuts and more public spending would add to hesitancy at the BoE about relaxing monetary policy.

“If there are MPC members who are wary about moving too quickly to cutting or signalling an easing bias, this rising possibility of fiscal loosening increases that,” he said.

Some measures of Britain’s economy look strong but others point to a slowdown.

Britain’s economy grew a robust 0.5% in the first three months of 2019 as companies stocked up on supplies before the original March 29 Brexit deadline, but the rush to get ready probably means the economy stagnated in the second quarter.

A number of business surveys – some of which have proven too pessimistic in the recent past – point to the slowdown spilling over to the third quarter, prompting some think-tanks to warn of a growing risk of a technical recession.

But for the year as a whole, the International Monetary Fund forecast this week that Britain will grow 1.3%, the same as the euro zone which it used to comfortably outperform. The IMF forecast assumes there is no major Brexit disruption.

Inflation is on target at 2% and the labour market is tight. Wages are growing at their fastest rate in over a decade as businesses struggle to find staff at a time when unemployment is its lowest since 1975.

The BoE’s forecasts next week will be trickier than normal to interpret, due to a rift between its assumption that Britain will leave the EU with a transition deal and investors pricing in a material risk of a no-deal Brexit.

Carney and Haldane have said the forecasts will show some adjustment to reflect this.

But the BoE is unlikely to go as far as setting out a clear scenario for what it expects will happen in a no-deal Brexit, according to JP Morgan’s Monks.

Instead, it might revive the approach it took before the Brexit referendum when it adjusted the market price of sterling used in its forecasts to strip out what it viewed as a Brexit risk premium.

This time around, that process is likely to be more convoluted, as worries about a no-deal Brexit have pushed down British government bond yields and some share prices.

As a result, BoE watchers are likely to rely more than usual on verbal guidance from Carney and other senior BoE officials, who will be keen to avoid any miscommunication as new finance minister Sajid Javid prepares to pick Carney’s successor.