How Security System Protect Your Property From Crime 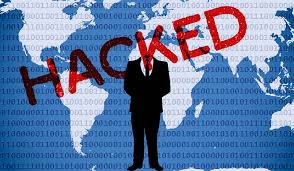 Protect your Network against rising Cybercrime

A security system is literally a means/method by which something is secured through a system of interworking components and devices. When it comes to information, it is defined as the protection of information to minimize expose to unauthorized personnel.

The crime may be committed by individuals or small groups, as well as by criminal organization that are often spread around the world and committing crimes on an unprecedented scale with a criminal motive to intentionally harm the reputation of the victim. The committed offenses can cause physical/mental harm or loss to the victim directly or indirectly. These crimes threaten a nation’s security and financial health. Cyber criminals often chose to operate in countries with weak or nonexistent cybercrime laws.

A hacker is a high skilled computer expert, capable of breaking into computer systems and network using bugs that exploits and gain unauthorized access to data. Below are the most common types of attacks on the website by the hacker:

SQLI is a form of attack that comes from user input that has not been checked to see its validity. The objective is to fool a database system into running malicious code that will reveal sensitive information or compromise the server. SQLI is the most commonly used exploit and is the easiest attack to execute, requiring single PC and a small amount of database to gain access to database tables including user and password information. The attacks are common on sites where hackers expect a large database to be presented like enterprise and e-commerce sites.

This is a trial and error method used to obtain information such as a user password or personal identification number. In this case, attack, automated software is used to generate a large number of consecutive guesses as to the value of the desired data. Though the attack may be able to gain access to an account eventually, these attacks take the time to run. The completion time depends on the password, the strength of encryption, how well the attacker knows the target and the strength of the computer used.

To curb brute force attack, systems should only allow a user to make a mistake three or four times when entering the username and the password. In case they exceed the system should lock them out of the system. As computers become more and more powerful, the need for stronger passwords becomes increasingly important.

In DDOS, an online service is made unavailable by overwhelming it with traffic from multiple sources. The attackers build networks of infected computers (botnets) by spreading malicious software through emails, Websites, and social media. Once infected, these machines can be controlled remotely without their owner’s knowledge and used to launch attacks against any target. They target a wide variety of important resources from banks to new websites and present a major challenge to making sure people can publish and access information.

All the above attacks can be arrested by the use of SSL and HTTPS because both will allow clients to verify that they are indeed communicating with the server they expect and not an intermediary. They encrypt the network traffic so that parties other than the client and the server cannot see the communication.

WAYS TO PROTECT YOUR WEBSITESECURITY/HOW YOU CAN LIMIT THE RISK YOU FACE:

This is whereby the input submitted by the user is sent to the server and validated using one of the server side scripting languages later feedback is sent to the client by a new dynamically generated web page. The browser and side server should both be used during validation because the browser can catch simple failures, which can easily be bypassed, so it is better to include server side because it protects against malicious users who can easily bypass clients’ side scripting language and submit dangerous input to the server.

The more diverse systems and institution have the harder it gets for hackers to access the site. An institution should have a well-layered network security, which should consist of good firewalls, great anti-virus software, good login forms and secure passwords. They should also ensure that logins expire after a short period, passwords are changed frequently, and users set strong passwords should never be written down or stored in texts also all devices are scanned for malware being plugged into the networks. With all these protections in place, the safer for a website thus zero hackers.

The secure sockets layer is a security protocol, which establishes an encrypted link between a server and a client. SSL guarantees users that they are on the right server and that nobody else can intercept or change the content in transit without proper authority. It is advisable to use SSL to deliver trust to customer. Also, you can get SSL affordable price with the help of discounts at many platform.

Uploads in any website can open up a world of trouble to any institution, allowing users to upload files to one’s website can be a big security risk because the uploaded file however innocent it may look, could contain a script that when executed on your server can completely expose the website. Ultimately, the solution is to prevent direct access to uploaded files instead a folder should be created outside the database where all uploaded files should be stored and use a script to access them when necessary. If one does not have good security team working for them, they should not allow guests to upload files.